With 401(k) contributions hitting an all-time high, those investing in their retirement are set to benefit greatly.

Just how much have the benefits risen? According to a recent article on CNBC, the contributions to employer-sponsored retirement plans has seen an average increase of 3.5 percent over a 12 month period.

Fidelity, the nation’s largest retirement provider, of whom put the report into circulation, speculates based on the statistics that the market could further drive retirement benefits into the black.

What’s more, individual accounts also saw new, revised records at the end of the second quarter, with an increase of $96,300, “up 2.4 percent from last quarter.”

So how does this happen?

As the sources state, it’s all about saving, bolstering, and squirreling away money for the future.

But it isn’t wine and roses for everyone. Investors who have initiated a loan or who are in current repayment status have seen flat to no change, coming in at 10.1 percent and 21.9 percent, respectively. Versus money that is matched by employers, which has accounted for 53 percent of the initial rise.

Let us not forget about annuities, though.

Annuities, which are designed to help grow your savings and funds until maturity (annuitization), where they then pay the saver back, have garnered a new-found respect with investors, according to a report on US News.

What is often looked at as a boring, “no respect” way of saving for retirement, is finally getting its comeuppance, whether it is too late or not. As the report says:

[E]xperts say that annuities – already setting sales records – could well innovate in the coming years, provided that the same high-tech changes shaking conventional investments make it to this sector.

While annuities are often viewed as part of a sales-driven sector, connected with individuals who score commission-based sales, they are also a difficult “retirement plan” to put into words, which has especially cumbersome details given that there are 15 types to choose from.

In fact, when one attempts to decipher, conjecture, and compare a 401(k), it’s enough to leave you more confused than when you began.

But for those who don’t know, an annuity is part of an insurance plan that is connected to a greater retirement strategy. You invest in one, and it pays out on future dates or a series of dates, with the amount contingent on the paid-in figure.

There are two basic types of annuities, fixed and variable. Fixed is a guaranteed dollar amount while the variable type is based on the annuity’s underlying investments.

A major drawback for annuities (according to most experts) is how risky they appear on the surface, along with their notoriously high expenses. Not to mention the aforementioned association with pushy salespeople who are trying to simply make a buck. None of which is always the standard, nor the truth.

When compared side-by-side to a 401(k), it’s no wonder people often shun annuities at first. Because, even though an annuity can be just as valid (and sometimes more so) than a 401 (k), without research, care, and guidance they can turn into a horror show in a very short time.

So what about those who are bolstering their retirement by saving money on their own?

Retirement savings are important to life after work. But those who rely solely on plans might be shocked at their saved amounts when that day finally comes.

Consider, instead, looking into measures to drive your savings up. Take a careful look at traditional or Roth IRAs. Perfect for those who want a secure, wise plan for the future.

Further, let someone walk you through the steps on opening up a taxable savings account. Choose between stocks, bonds, and mutual funds (all based on your desired risk level), and start a stash in a brokerage account. With a tax-advantaged plan in place, the growth will allow you to retire on your own terms, free of worry and tumult.

But no matter your road, it’s important to work with someone who you trust.

For more information on how we can help you with your retirement, please don’t hesitate to contact us to schedule a chat.

With your senior years on the horizon, there’s one question that’s probably uppermost in your mind: “Will I have enough money to retire?” You’re aware that Americans are living longer than ever, and that living through your retirement years is more expensive than ever before. How will you determine whether or not you’ve saved enough for retirement? Start by asking yourself these questions.

What type of lifestyle do you want to lead?

How much money do you spend each month? Each year?

Take a look at your current expenses. By now, you’ve probably paid for your house, and the odds are good that you’re driving a car that’s been paid for. Those reduced expenses are useful as you enter retirement because they will decrease the amount of money you need to withdraw from your savings or investment accounts each month. Take a close look at the money that you’re really spending each month so that you’ll know how much money you need to have saved. In addition, consider yearly expenses: your homeowner’s insurance, oil changes and routine maintenance to your car, and any routine maintenance costs you have around your home. This process will help you take a more realistic look at what you’re actually spending every year, which will tell you what you need to have in savings.

What are your plans for long-term care?

When your health starts to deteriorate and you’re no longer capable of living at home by yourself, what are your plans? Do you want to use in-home care to allow you to live in your home for as long as possible? Do you prefer to choose an assisted living facility based on the criteria that will make it most like home for you, rather than based on what your insurance will allow? All of those solutions require you to have the money saved up to make it possible. The later years of your retirement, when you require more help and care, will likely be much more expensive than the early years, when you’ll be relatively independent. Make sure that you take this into consideration when you’re planning out your retirement.

Planning for retirement means taking a lot of things into consideration that you’ve never had to think about before. Throughout your adult years, money has come in each month. While the numbers in your accounts decreased during hard times, there was still a job on the horizon to help raise the again. In your retirement years, however, you’ll be reliant on your investments to see you through. Looking for more investment advice to make your retirement easier and to ensure that you have the money you need to make it through those years of your life? Contact us today to see how we can help you plan for the retirement you deserve.

Savvy investors, when asking “Will I have enough money to retire,” understand the importance of developing a life-long investment plan, and they’ve learned that the earlier they start saving, the better chance they have of securing the lifestyle they desire in those Golden Years.

For sure, the economic uncertainties since 2008 (the Great Recession) has added more dynamics to the investor’s employment picture and family demands. In the latter case, for example, many Generation X investors, those born in the 1960’s to 1980’s, find themselves saddled with caring for their aging parents.

Through it all, the need for reliable investment advice becomes even more critical, according to a fifteenth year, annual study conducted by TransAmerica Center for Retirement Studies on “retirement readiness” of Generation Xers. 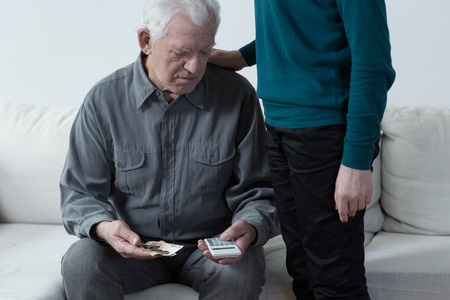 “Generation X is in danger of not achieving a financially secure retirement. However, they still have time on their side to improve their retirement outlook in the coming years.”

The study surmises this age group needs to be more disciplined about saving and building a viable portfolio. Investment planning should consider the following:

Understanding the factors that can impact the health of a portfolio is key to successful planning. Not only should a portfolio analysis be done, but investors need to include other savings and assets, such as rental property. In addition, investorsshould be encouraged to reduce, or eliminate, their personal debts.

Life’s events, be it sickness or unemployment, can thwart the best-laid retirement plans. Retiring for health reasons can translate into a less robust portfolio with meager income streams to live on. Therefore, investors need to forecast expenses-and-income scenarios before they cross the retirement threshold. Accordingly, they may see the need for long-term care (LTC) insurance to mitigate in-home or nursing home costs, thereby the asset base.

Avoid taking early withdrawals, and take advantage of Catchup contributions. For 2015, IRS allows those over 50 to put an additional $6,000 into their 401(k)s.

It’s important to make monthly contributions, but extremely critical to max-out those contributions when possible, especially when the employer offers matching funds. Overtime, this added benefit of “free money” from your employer can help increase portfolio returns.

Understand the ‘basics,’ but seek expertise…

Having a basic understanding of investing principals helps when asking questions about your portfolio. How much ‘risk’ are you willing to take on as you get closer to retirement? Should you add to your projected fixed-income sources with an annuity to cover monthly essentials?

Always, it’s a good idea to abreast of government policies that might affect your 401(k), IRAs or even Social Security benefits—delaying Social Security can increase monthly payments considerably.

That sums up the Generation Xers dismay when it comes to performing overseeing their portfolio: 65% of the respondents admitted they simply did not “know as much as they should about investing.” Furthermore, about half said they’d like to investment topics “made easier to understand.”

Yet, 10% admitted they are “just not interested.” The shift to ‘defined contribution’ plans…

The decline of the traditional pension (defined benefit) plan to 401(k)s heralds a major change in shifting responsibility to the employee and advisors to make sensible investment choices, such as opting for using target funds in the 401(k). By design, these funds usually adjust their mix of stock funds and bond funds to correspond to the employee’s planned year of retirement.

Successful investing comes down to more than being disciplined in monthly contributions, or saving for goals like a vacation, college and, of course, that all-important emergency fund.

Indeed, investors must look at their retirement plan like a ‘blueprint’ to funding for their future needs.

Contact us to schedule a chat about your retirement goals.

As heard on IHeart Radio

The Retirement Specialist
Email Us

Or Call For More Information.